In most of American sports, the trade deadline is full of intriguing acquisitions that provide fans with many story lines to talk endlessly about. This NFL season’s trade deadline should follow suit, as many teams have moves to make. The deadline is tomorrow, Tuesday, Oct. 31, at 4 pm ET.

Every year around this time, there are always many rumors about which players may be moved at the deadline, but most of these never come to fruition. With that in mind, it is inevitable that not all these players will end up being moved, but here are five trade scenarios that make sense for all parties involved.

I’m not going to include what any of these players will be traded for, because in the NFL it seems like most players are just given away, in exchange for crappy late round draft picks.

Martavis Bryant to the Bears

Martavis Bryant has quickly become a massive distraction in the Steelers locker room. After missing the entirety of last season, serving a suspension for violation of the league’s substance abuse policy, Bryant has returned this year, very unhappy with his role in the offense. Bryant has seen his touches go to rookie, JuJu Smith-Schuster, this season, and it is no secret how he feels about this. Bryant took to Instagram to voice his opinion on his new teammate. You can see his comments here.

These comments made it clear that Bryant wants out of Pittsburgh. Steelers’ coach, Mike Tomlin, has since said that the team has no intentions of trading Bryant, but that may have changed yesterday. In yesterday’s win over the Lions, JuJu Smith-Schuster had a breakout game, in which he put up 193 receiving yards and a touchdown. With it now apparent that Smith-Schuster is the clear number two receiver on the Steelers, it makes all the sense in the world to move Bryant, whose distractions have far outweighed his production this season.

There are several teams that may be interested in Bryant, but among them, the Chicago Bears seem like the most realistic landing spot. The Bears currently have one of the worst receiving corps in the league, which is not something you want to pair with a rookie quarterback. Bryant can come in and provide quarterback, Mitchell Trubisky, with a much-needed reliable receiver.

T.J. Ward to the Chiefs

Ever since the season started, it has been clear that the T.J. Ward experiment was not going to last long in Tampa Bay. Ward signed with the Buccaneers this year, expecting to play a large role in the team’s defense, but instead has found himself on the sidelines for most of the season.

Ward has become frustrated with his lack of playing time, and has not been shy about letting everyone know. Ward told ESPN reporters after the team’s game against the Bills, “I came here to be an impact player, I can’t do that if I’m not on the field.” Ward also said later in the interview that he’s at his “wits’ end” with the Buccaneers.

The Buccaneers have no reason to keep Ward at this point, and the Kansas City Chiefs have all the reason to trade for him. The Chiefs are one of the top teams in the league, with their only real weakness being run defense. Knowing this, Ward is a perfect fit, as he is one of the best run defending safeties in the league and can help to fill the void left by Eric Berry’s season-ending injury.

Eric Ebron to the Rams

Eric Ebron is the most likely to get traded out of anyone on this list. It’s very easy to describe the fourth-year tight end’s play so far in his career: not good.

If the Lions were to pick up Ebron’s fifth-year option for next year, they would be forced to pay him $8.5 million next season, which is absurd for a player who has performed as inconsistently as he has. With this in mind, it is extremely likely that he will be dealt in the next 24 hours, and perhaps the best fit for Ebron would be the Los Angeles Rams.

The knock on Ebron is that he is essentially a huge wide receiver, as he is a very poor blocker, hindering him from being an effective tight end. The Rams have the top offense in football this season, while not having a particularly good red zone threat at tight end, Ebron is capable of providing them with just that. In obvious passing downs, Ebron can be another weapon to strengthen the already impressive Los Angeles offense.

Cordy Glenn to the Eagles

With starting left tackle, Jason Peters, being lost for the year to an ACL injury, the Eagles are now in the market for a replacement in the position. The Bills currently have five offensive tackles on the roster, all of which they reportedly feel really good about, so it only makes sense for the Eagles to pursue Cordy Glenn. It is a win-win for both sides. The Eagles can fix their now-glaring hole on offense, and the Bills can use their expendable resource to get a good draft pick for next year.

Vontae Davis to the Saints 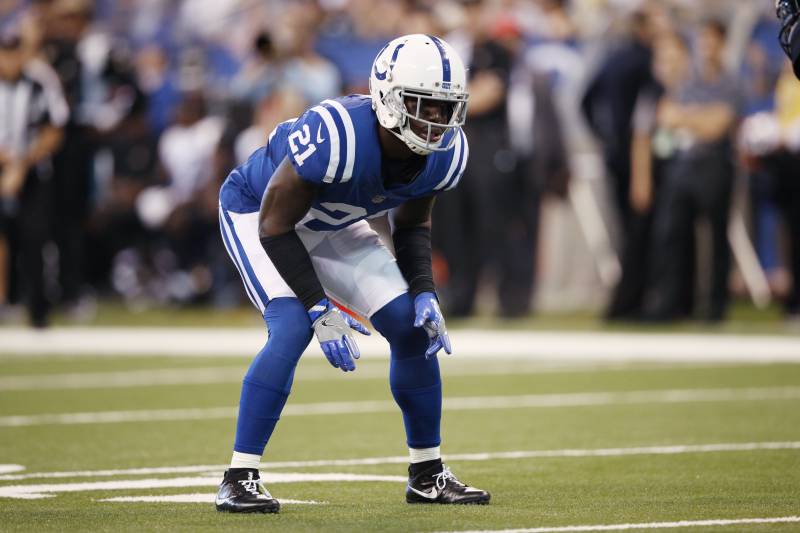 Vontae Davis is currently 29 years of age and on the final year of his contract. With the Colts in rebuilding mode, it is not likely they will resign the veteran corner at his current age and value. The Saints defense is currently over-achieving and playing phenomenally, despite not being the most talented group. These two factors combined make it totally logical for the Colts to ship Davis to New Orleans.

This would benefit both teams as the Colts would get something in return for Davis, opposed to letting him walk away for nothing in free agency next year, and the Saints could fortify the back end of their defense by adding a veteran presence, opposite of rookie Marshon Lattimore.